You can blame @EmmaSwainston for choosing this one. Your #SUNDAYPIX theme for 25th January is 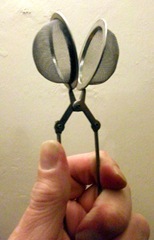 Don’t worry, we’ll snazzy that up in the hashtag, otherwise you’d have no room for the pic. Take photographs of something kitcheny that looks to you like it could be used in pervy shenanigans. Extra kudos will be given if said object has already been used as a sex toy. Post your pics to Twitter on Sunday (including the hashtag #SUNDAYPIXkitchensextoy in your tweet) and see how many people other people have kinky inclinations. As ever, photographs must be yours (or your family’s or your secret lover’s) – nowt just nicked off the internet. Yes, you can post an old pic you’ve previously taken, or even one from your family history. Follow the hashtag (click on it in any tweet or add a column to your app) on Sunday to see what others have made of the theme. You are encouraged, nay ordered, to comment on other Sundaypickers’ tweets and snigger.